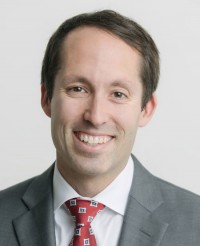 Partner
(737) 234-0201
timothy.dewberry@foliolaw.com
Tim is a seasoned litigator and trial lawyer who assists clients in increasing the ROI on their patent portfolios using innovative legal solutions.

Tim’s approach to practice has often been described as a “relentless” pursuit of the client’s objectives at all stages of a patent dispute. Tim also prides himself in mastering and curating the factual and legal record of a case in order to tell a compelling story at trial while at the same time keeping a careful watch on the client’s business priorities throughout the process.

Pro Bono is also a vital part of Tim’s practice, including assisting more than a dozen victims of domestic violence in obtaining protective orders.  Tim has also served as counsel to the National Homelessness Law Center and as co-counsel with the ACLU of Texas to challenge several Texas ordinances criminalizing homelessness. Finally, Tim has had the privilege of representing disabled veterans in conjunction with the National Veterans Legal Services Program in benefits proceedings before the Boards of Veterans’ Appeals and the U.S. Court of Appeals for Veterans Claims.