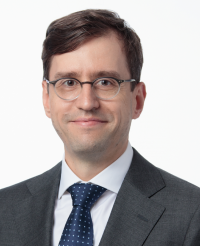 Partner
(510) 974-1938
stefan@foliolaw.com
Stefan has over ten years of experience litigating a wide variety of complex intellectual property cases, and obtaining wins for his clients at trial, on summary judgment, and through favorable settlements at every stage of litigation.

Trade secrets litigation. Stefan has represented both plaintiffs and defendants in a wide range of trade secrets disputes in federal and state courts throughout the country, and has successfully obtained as well as opposed temporary restraining orders and preliminary injunctions arising from alleged misappropriation of trade secrets.

Copyright and trademark litigation. Stefan has significant experience obtaining temporary restraining orders, as well as preliminary and permanent injunctions on behalf of brand owners and designers whose copyright and trade dress rights are being infringed by online retailers. Stefan recently obtained injunctions in the Central District of California against hundreds of such online sellers operating on DHGate.com and Alibaba.com. Stefan has also represented defendants in trademark cases involving allegations of indirect infringement and counterfeiting, and in oppositions before the Trademark Trial and Appeal Board.

Section 1983 litigation. In addition to his work in IP litigation, Stefan has represented plaintiffs in cases arising under 42 U.S.C. § 1983 from violations of his clients’ constitutional rights. In 2017, Stefan represented a plaintiff in an excessive force case under the 8th Amendment in the Northern District of California, and obtained a rare jury verdict awarding compensatory and punitive damages. In 2021, after defeating a motion for summary judgment asserting qualified immunity, Stefan negotiated a substantial settlement paid by the state of Washington to plaintiffs who had been exposed to unreasonable amounts of second-hand smoke while in detention, in violation of their 14th Amendment rights. Although far afield from his IP litigation practice, these results highlight Stefan’s commitment to taking on and prevailing in difficult litigations.

Stefan also routinely counsels clients on pre-litigation strategies and dispute resolution, and is a frequent writer, commentator, and presenter on developments in IP law. Stefan has also guest lectured on the topic of trade secrets litigation at the University of Washington School of Law.

Before joining Folio, Stefan was a partner at Dorsey & Whitney in Seattle. Stefan began his career at Morrison & Foerster in Palo Alto, and has also practiced at Fenwick & West.