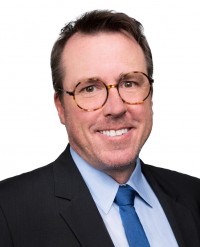 Immersion v. Apple. Represented Immersion in multipatent action pending before the International Trade Commission and the Patent Trial and Appeal Board. The dispute involved several Immersion patents relating to tactile feedback technologies that were asserted against Apple devices. The dispute settled when Immersion entered into settlement and license agreements with Apple, the terms of which are confidential.

Motorola v. TiVo/TiVo v. Cisco. Represented TiVo in patent litigation over DVR technology against Motorola Mobility and Cisco Systems. On June 6, 2013, shortly before the start of trial, Motorola and Cisco agreed to pay $490 million to TiVo to resolve the litigation.

TiVo v. Verizon. Represented TiVo in a patent infringement suit against Verizon accusing the company of infringing three of TiVo’s DVR technology patents. In September 2012, shortly before trial was scheduled to begin, a settlement was reached in which Verizon agreed to provide TiVo with total compensation worth at least $250.4 million. As part of the settlement, TiVo and Verizon agreed to dismiss all pending litigation between the companies with prejudice. The parties also entered into a cross license of their respective patent portfolios in the advanced television field.

TiVo v. EchoStar. Represents TiVo in connection with patent infringement suits in the U.S. District Court for the Eastern District of Texas involving DVR products and services. In May 2011, the court dismissed the case pursuant to TiVo’s settlement with EchoStar under which EchoStar agreed to pay TiVo a total of $500 million.

Netcraft v. eBay/PayPal. Represented eBay/PayPal in a patent infringement suit brought by a non-practicing entity. In 2007, eBay/PayPal were awarded summary judgment of noninfringement. In 2008, the Federal Circuit affirmed the district court’s ruling.

AmberWave v. Intel. Represented AmberWave, a company founded by an MIT professor and his students, in a set of patent litigations relating to advanced semiconductor materials and manufacturing processes.