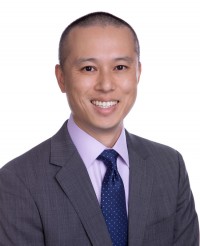 Partner
(415) 340-2035
cliff.win@foliolaw.com
Cliff is a tech lawyer and trusted advisor to his clients on the protection of their intellectual property.

Finding his niche at the intersection of science and the law, Cliff has represented clients in complex disputes covering a wide range of technologies including cellular and WiFi communications, VoIP telephony, semiconductor manufacturing and design, image sensors, and computer networking and security. He has handled patent cases through all phases of litigation including jury trials and appeals in numerous courts nationwide as well as in foreign jurisdictions. Cliff also has significant experience in counseling his clients on patent licensing and due diligence matters.

Cliff regularly advises business leaders and other non-legal professionals to meet their business goals with a well-rounded IP strategy. Between his previous work as an engineer and his more recent experience as in-house and outside counsel, Cliff brings a broad and unique perspective to his practice.

Prior to joining Folio Law Group, Cliff held various senior director roles in patent enforcement and litigation at technology companies. Before that, he spent much of his career as an attorney in private practice at both global and boutique law firms in the Silicon Valley. Cliff also enjoyed an engineering career for eight years at a leading semiconductor corporation where he was involved in research and development of chipsets for medical imaging and consumer video electronics.

Cliff served as counsel representing a small venture-funded computer security software company in a series of complex patent suits against its market competitors.

Cliff represented a large multi-national semiconductor company in various IP licensing and litigation disputes with its competitors and customers.

Cliff was a member of the trial team in a patent suit with a major smartphone manufacturer involving a patent licensing dispute relating to wireless cellular standards.

Cliff served as counsel representing a leading designer and manufacturer of high-precision camera systems in litigation against multiple defendants in the image sensor industry.

Cliff represented a developer and manufacturer of public safety communications equipment in patent litigation against its competitors involving VoIP telephony.