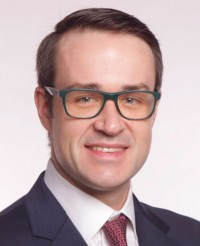 Partner
(303) 606-1434
steve.skelley@foliolaw.com
Steve is a litigator and trusted advisor specialising in the protection and monetization of intellectual property.

Steve has more than ten years of experience helping clients navigate difficult intellectual property issues in diverse technologies like cellular and WiFi communications, consumer electronics, medical devices, and automotive. He has handled all aspects of patent litigation in federal courts, at the ITC, and even foreign jurisdictions. Steve also has significant experience in counseling his clients on patent licensing, including issues related to global standard essential patent licensing.

Prior to joining Folio Law Group, Steve held the role of Director of Patent Litigation at Intellectual Ventures, where he managed a portfolio of global patent litigation with a heavy emphasis on communication technology. Before that, he was in private practice at both global and nationally recognized law firms in New York. Steve also had a brief career as an engineer at a communications company where he designed and tested radio hardware before joining the practice of law. Steve leverages this diverse experience to achieve business oriented results for his clients, no matter their goals.

Steve represented a major medical technology company in various IP-related disputes with its competitors. As part of this representation, Steve was a member of a team that successfully obtained a rare preliminary injunction on behalf of the client.

Steve represented a major consumer electronics manufacturer against a competitor in a series of litigations related to mobile GPUs, including actions in federal court, at the ITC, and before the PTAB.