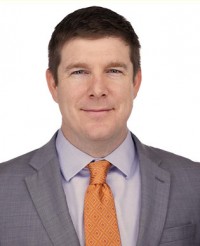 Founder/Partner
(814) 404-7715
mike.saunders@foliolaw.com
Mike is an experienced litigator and transactions lawyer who guides clients through complex waters.

Mike served as trial counsel representing an innovative life sciences company in complex patent litigation against its primary market competitor. After two years of litigation and a two-week trial, Mike and his team secured a $18M dollar jury verdict.

Mike was counsel representing a small venture-funded technology company in defense of a patent complaint brought by a large multinational corporation. Following an investigation into the history of the technology and disclosures showing the patents to be invalid, the large plaintiff dismissed its case and walked away, requiring our client to pay nothing.

Mike represented a small venture-funded corporation in patent litigation filed by a patent assertion entity. On the strength of non-infringement theories developed early in the case we won on summary judgment and successfully lobbied the court to require the patent plaintiff to pay our client’s legal fees.