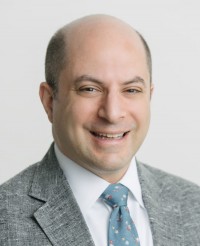 Partner
(737) 234-0201
joseph.abraham@foliolaw.com
Joe is a strategic litigator who ensures that all aspects of each case are handled in a trial-ready fashion.

Over his decade-plus legal career, which has spanned both Austin, Texas, and New York City, Joe Abraham has represented technology, financial, real estate, medical device, and pharmaceutical companies in patent and commercial litigation, as both plaintiffs and defendants. In the litigation arena, Joe’s experience spans matters of varying stakes, including all aspects of trial and appellate practice in federal and state courts across the United States, and before domestic and international arbitral tribunals.

Across all these types of matters, certain patterns reoccur: The party that can tell the most compelling story will, all else being equal, come out on top. But how can a litigant be sure to be in position to tell that story? Simply put: By being sufficiently on top of the details to keep adversaries’ distractions at bay, while at the same time not losing sight of the big picture. This also minimizes so-called “wasted efforts,” and keeps the focus on the central themes of the case. Joe takes pride in following this approach for every case he handles.

Joe also believes in the importance of maintaining an active pro bono practice. Over the years this has included service as counsel to the National Homelessness Law Center and as co-counsel with the ACLU of Texas to challenge several Texas ordinances criminalizing homelessness. Joe has also represented disabled veterans, in conjunction with the National Veterans Legal Services Program, in benefits proceedings before the Boards of Veterans’ Appeals and the U.S. Court of Appeals for Veterans Claims. Joe also previously served pro bono as Assistant Counsel to the New York State Commission on Judicial Nomination.