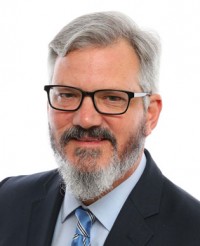 David has spent years in the trenches working with technical people and experts to develop winning case strategies, fine-tuning patent language to optimize coverage, and dealing with challenges to patent validity at the Patent Trial and Appeal Board.

David has eighteen years of experience in intellectual property litigation and counseling, and patent post-grant procedures and prosecution. He has represented high technology companies of all sizes from early-stage start-ups to Fortune 500 companies. David’s practice focused on all aspects of Intellectual Property litigation and counseling. David’s trial experience has produced jury verdicts in excess of 100 million dollars as well as numerous defense judgments. David has a track record for securing favorable dispositions of many of his cases well in advance of trial. David has also led over two-dozen of Inter Partes Reviews, numerous Inter Partes and Ex Parte Reexaminations, and practices before the Patent Trial and Appeal Board and the United States Patent Office.

Prior to joining Folio, David was a partner at Marton Ribera Schumann & Chang, a law firm he founded with three colleagues from Fenwick & West. Before founding Marton Ribera Schumann & Chang, David was a partner in the Patent Litigation Group at Fenwick & West. For the ten years prior to becoming a lawyer, David designed and developed wireless and networking products, mixed-signal semiconductor products, and inertial guidance and navigation equipment.